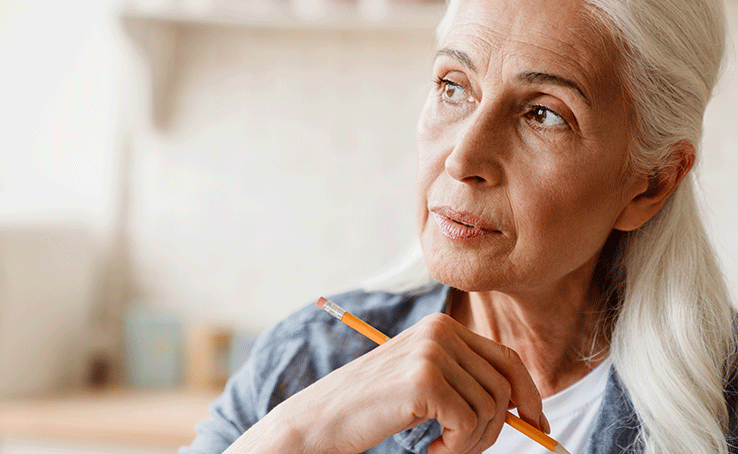 Do you need to think in English to speak fluently?

I was asked recently by a teacher in India (through a shared LinkedIn group) if thinking in English is vital for non-English speakers to speak well. She said that where she works teachers often advise their students to do this but don’t explain why. Good question Indira! Of course it’s not obvious, is it?  So, because I coach professional English speaking skills and have just designed an eLearning module ‘Build Your Fluency-Start Thinking in English‘, I was primed for a reply:

What does fluency in English mean for the second language user?

First of all, I’ll put the term ‘fluent’ into context. When someone says to me ‘I need to improve my English speaking skills for work’ or asks ‘how can I solve my language barrier at work?’, I always start by asking: How is their communication failing them? What problems are they having with their English speaking that are a barrier to communicating with work colleagues, managers, customers? Sometimes they know the Why themselves, sometimes they are surprised by the Why. Nine times out of ten, it turns out these are the barriers:

The challenge of speaking natural English

So, in summary, it seems that for the second language user, the thoughts in their head don’t always come out as natural spoken English (the way first language users expect to hear them). Something gets lost in translation! Don’t forget, this can happen to first language users too who may lack fluency in a particular context. I recall a line from a text in my early learning days about the goal of training in spoken English….’to reduce the resistance of the listener’ to what you’re saying. I have found it to be a good guiding principle in my coaching work.

Hesitancy and wordiness often cause the greatest discomfort for both speaker and listener and relate closely to confidence in speaking English. This may happen particularly in the company of fluent speakers.  As language trainers will know: They are also often the hallmark of a learner at mid Intermediate level (B1 in CEFR scale descriptions) who has yet to make the step-change from collecting more and more words and phrases and adding them onto each other, to compressing their language into more efficient, richer ‘chunks of meaning’.

This is where the real problem lies – translating! Many English users of various language backgrounds have the mental habit of translating word for word as they speak. This cannot produce fluent speech, no matter how fast you do the mental translating! In fact, trying to speak quickly without good structure and pronunciation usually makes things worse as words and ideas become less recognisable. (I’m sure many trainers have used the term ‘Franglais’ to describe a sentence spoken by a French speaker. The sentence contains only English words but actually sounds French because of a tendency to translate and use French sounds).

Do we think in individual words or in meaningful phrases?

Translating doesn’t work because we don’t normally think in individual words when we speak. We think in meaningful phrases, imagery, idiom, learnt expressions, familiar structures, often using our aural memory. Such phrases and structures don’t always translate directly or may not be as effective in another language.

There must be a more direct and successful route from original thought to understandable speech than translating, but what is it?

So, is ‘thinking in English’ the answer? Or is this a tall order for speakers who are not bi-lingual? I think the answer is yes, it’s a very big ask and close to impossible! Read on to see why.

I’m certainly no expert in thought processes but let’s look at what happens generally when someone (native speaker) thinks in English to produce fluent speech.

Your thought begins to take form in your mother tongue as you look for the best way to express this thought. The brain scans at high speed through vast stocks of memory associations build over a lifetime, for the best structure template, the best phrases, the most impactful language. (It may also scan for language used by those you respect in the field you are speaking about). Combine all elements creatively, add the appropriate sound track and all is done without too much conscious effort in the case of the mother tongue. One would be forgiven for underestimating the degree of complexity, creativity and cross-skills (Read more on Adult English Learning) required to encapsulate meaning in a way that will be instantly understood!

So we see that Thinking in English means having an almost endless stock of English phrases, sentence combinations, grammatical forms, templates to pour thoughts into, not to mention a network of direct, spontaneous associations through real life experiences. A lifetime’s work surely!

Now, if you don’t think in English let’s see what happens. Your thought begins to form in your mother tongue and then you search in your stock of English for the best way to say it. As soon as you run into a road block and the best expression doesn’t pop up, you do the natural thing and revert to translating! The next problem is that, even when the best expression pops up, you don’t always know where to best place it in the sentence. Even when you know all that, you don’t always know its ‘sound shape’ or how to use sound to highlight the important bits. All of these elements are different in different languages. The resulting speech can be hesitant, badly constructed, long-winded, uncertain, unclear, imprecise and have unintended meanings!

The goal of fluency training to improve English speaking skills

What second language speakers CAN learn to do however is to speak with LESS hesitation, sounding natural and clear MOST OF THE TIME, as well as speaking with impact. This is the goal of fluency skills training. The approach I have developed involves some thinking directly in English, but chunk by chunk* only. I come back to this point in the paragraph below. It also involves a good understanding of the way sounds flow into each other in English speech and the effect sound can have on meaning and impact. Mostly it involves knowing and using words, phrases and constructions commonly used by first language speakers (different to writers).

The old adage  ‘when in Rome, do as the Romans do’ comes to mind. If you want to speak good English fluently, you need to model your speech on other good communicators, adopt commonly used expressions, sentence construction, idioms and metaphors in your field of work. If this sounds like copying, that’s because it is.

Let’s return to the idea of thinking directly in English, chunk by chunk.

The idea here is first of all to learn language in larger chunks. Why? Because we seldom use a word in isolation without a language context. For example, we tend to use the verb ‘spend’ with ‘time’ or ‘money’ and often with a second verb in the Gerund, as in ‘spend too much time answering emails’. So, you halve the work and create a better memory association for better fluency by learning the whole phrase.

A lot of the time is often spent learning individual words and then expecting them to come together meaningfully at speed when speaking. This time could be better spent learning whole expressions (aurally as well as visually) and appropriate structures to pour them into.

The idea when speaking is to draw on whole expressions and familiar verb forms to create only chunks of meaningful speech at a time, not full sentences. The first chunk might be a signal phrase like ‘I’m afraid’, the second chunk could be ‘I haven’t finished the report yet’ and the third ‘as I spent too much time answering emails’.

During my English coaching work over many years I have been privileged to work with a wide and colourful array of individuals, getting clues to learning process often from people who see things a little differently.  I remember clearly an aha moment with one young learner. I was helping an Irish student, who had dyslexia, with reading skills for entry to second level education. He wanted to be able to read more quickly while at the same time getting all the important information. He was reading a text aloud (it was Esiotrot by Roald Dahl, one of my personal favourites) and I noticed he tended to pause after almost each word. Clearly it was taking him time to put the  individual words together so they had meaning.

The cause and the solution

Together we figured out that the cause of the hesitation was in fact the same as for my language learners – he wasn’t reading ahead and he was paying attention to unimportant words as much as the important ones. I don’t know for sure if it was due to his learning difficulty that he didn’t naturally read ahead or mentally highlight key information words, but he did find it easy to implement our method and his reading speed improved.

So, what did we do? I got him to break up the sentence into chunks or meaningful segments (a comma often indicates a new chunk) and underline key information words in each chunk. Then he practised reading aloud, pausing between chunks to allow time to read ahead, emphasising the underlined key words. In other words, he practised reading as he would speak….fluently, meaningfully. He quickly got very good at anticipating where in a phrase or sentence he would find key information (e.g. verb near front) without the need for underlining and at paying less attention to unimportant words, speeding up comprehension. There are many parallels here with language learners and fluency, as I later concluded.

My understanding of this process at the time was that the young student had learnt to read more fluently by ‘thinking aloud and ahead’ in natural, spoken chunks so their meaning registered almost immediately. One of the essential things language learners need to be able to do for fluency is to think aloud (aurally) and ahead, chunk by chunk, pausing in between, placing key information in expected positions (imagine google scanning your English text for keywords!). I have since developed the above process along with processes in pronunciation and sentence construction to help those who want to achieve better levels of fluency in their professional life. Find out more about what I do on my website www.english-for-professionals.com

* Chunk= a natural grouping of words/phrases that convey meaningful information

Have a project in mind?
We'd love to help make your ideas a reality.

© English For Professionals. 2020. Designed By JDigital